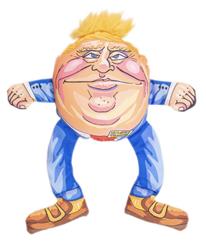 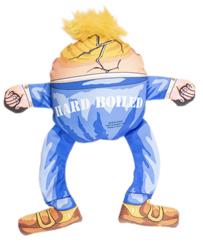 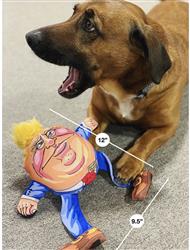 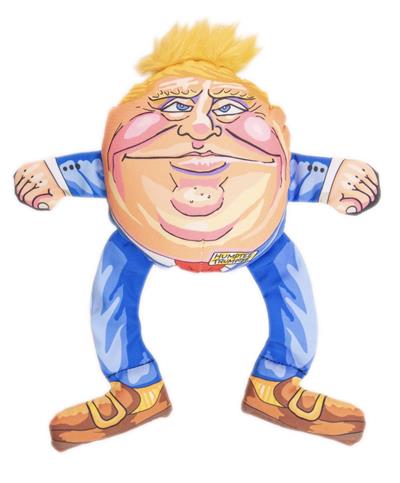 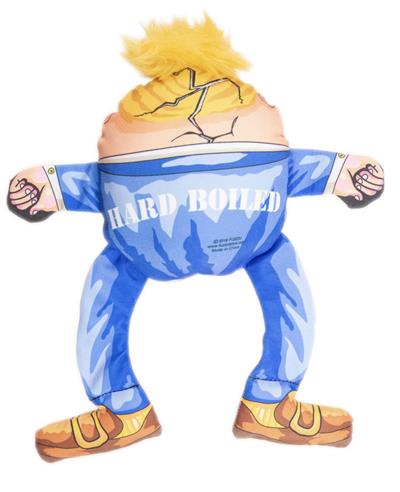 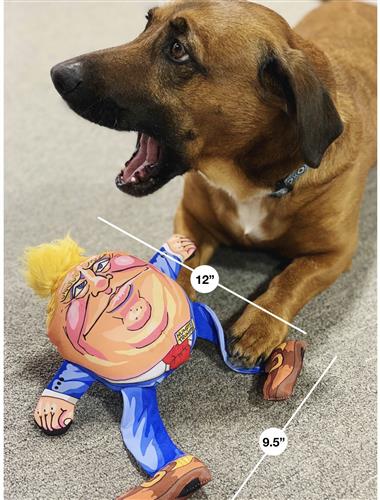 Our Humptee Trumptee toy is an EGG-cellent choice. Sure to whisk up some fun!

and all of Don’s men

whose billions to spend!

Sure he sat on a wall and had a big fall, but there’s more to this story ...and the story continues on Humptee's  packaging. Our Humptee Trumptee toy features a Big Bold Squeaker, unstuffed Crackly Crunchy limbs, and a shock of golden plush hair for super fun playtime. A real conversation starter.