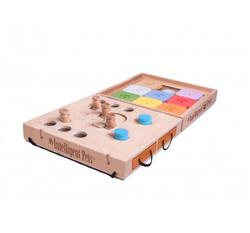 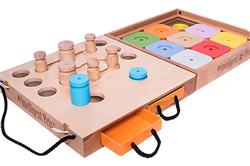 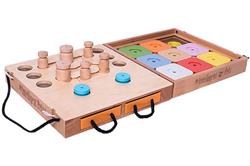 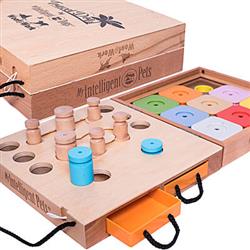 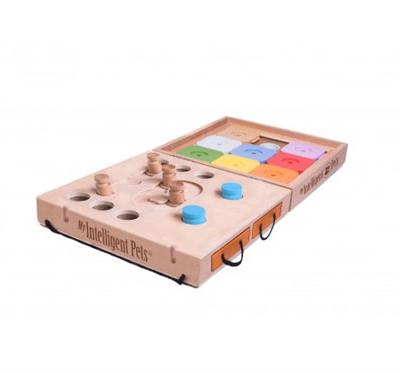 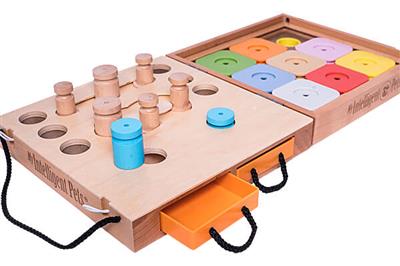 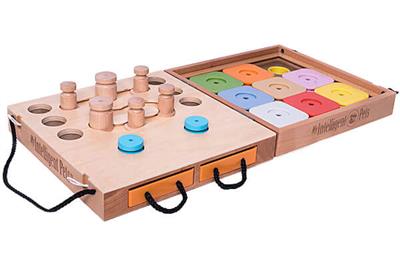 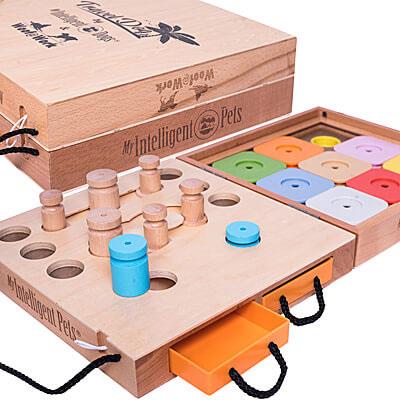 This is an only portable game that comes in form of a suitcase for you near and far travels with a pet companion. It contains two games - “Dog Sudoku Expert...

This is an only portable game that comes in form of a suitcase for you near and far travels with a pet companion. It contains two games - “Dog Sudoku Expert Rainbow” (which can be removed from the case and used separately at home) and another puzzle “18” where the treats are hidden under cylinders and hats that move in the tracks. Also this game features 2 drawers that need to be open by pulling on the rope in order to reach the prize. The level of difficulty can be controlled by adding and removing “hats” and “cylinders” so the dog is gradually introduced to its rules. Bon Voyage!

According to dog’s behaviorists 10 minutes of mental stimulation with employment of interactive game equivalents to 1 hour of physical exercise. This is especially important for the dogs living in large cities where long walks are difficult and impossible , senior dogs with ailments that do not allow them for prolong outings and those living in cold climates where going outside can put animal’s health at risk.

1. Hide the treats in desired number of places (under Dog‘ Sudoku tiles, the hats, the cylinders and in the drawers).

2. Encourage your dog to start searching by showing it first where a treat is hidden.

3. In game „18“ the dog reaches the rewards hidden beneath the pieces by first removing the cylinders and then moving and lifting the hats. If the drawers are blocked by the blue cylinders, the dog first has to remove them before he can pull out the drawers, where treats are hidden. In Dog’ SUDOKU® Expert Rainbow your pet has to move the tiles to reach the treats hidden under them.

Note: Please take special care while opening the game, so that Dog’ Sudoku Rainbow, which can be taken out if desired necessary, does not fall out, as it inserted in the travel “suitcase”.