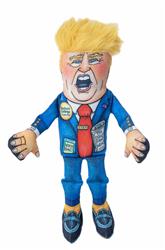 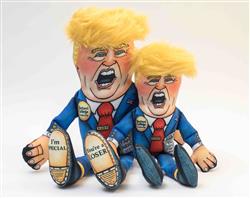 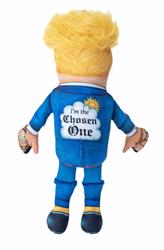 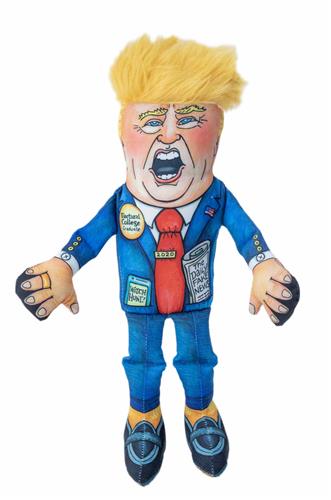 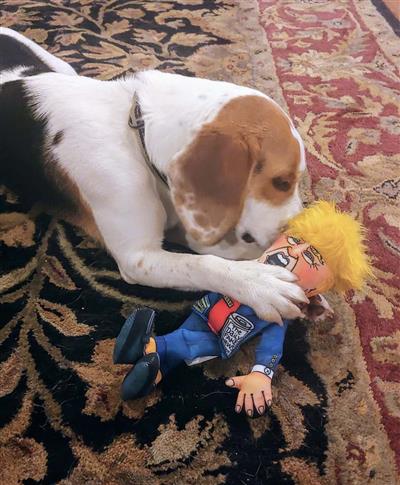 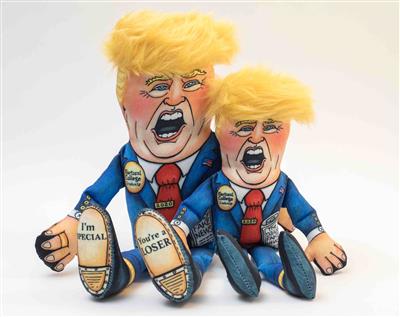 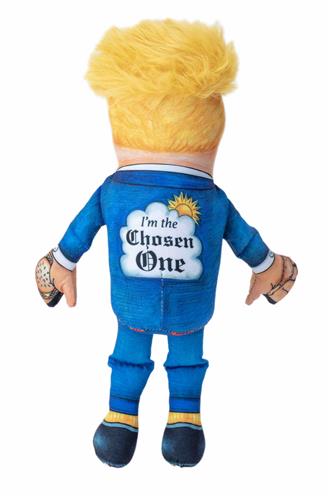 Just in time for the election season, our new Special Edition Donald features a whole new look and humor!

We’ve added fortified seams by triple-stitching where the arms and legs are attached to the body. The toys also feature top-stitching at the elbows and knees for easy sitting and strategic posing. A squeaker is included for good measure.